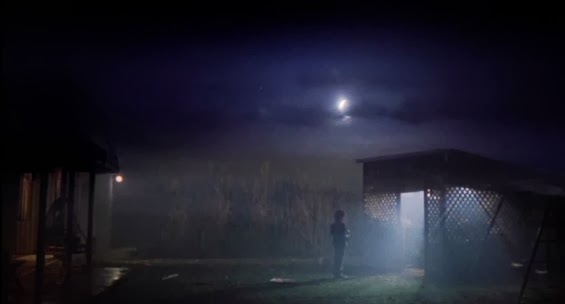 In the great book The Film That Changed My Life, author Robert K. Elder asks prominent directors to name the one movie that was most influential and formative for them. Similarly, on his Cinephiliacs podcast, Peter Labuza begins each interview by asking critics about their first cinematic memory. As Rob observes in Nick Hornby's High Fidelity, autobiographically sorting through one's pop-cultural experiences can be a very comforting experience. So it's in that spirit—rather than expecting any of my insights here to be particularly new or insightful—that I offer some of my own answers to those questions.

Who Framed Roger Rabbit? is the first film that I can remember being so excited by seeing in the theater that I couldn't stop thinking or talking about it for days after. (It's also the first VHS tape that I signed up on a waiting list to buy, eagerly anticipating its arrival at my local video store.) Animation has fascinated me from as far back as I can remember, and the film's sophisticated melding of cartoons and live action was enough to send five-year-old me over the edge. (It was also likely my earliest conscious experience with a meta narrative; movies about movies became a beloved subgenre of mine—an affinity that grew when I got deeply into the Muppets a couple of years later.)

The first movie that I can remember waiting in a line down the block to see is Tim Burton's Batman. In a sign of the burgeoning, pre-Internet comic-book nerd culture, it's also the first film I can recall there being widely-distributed magazines and newsletters for, devoted entirely to its production. I read them obsessively in the months leading up to the movie's summer release, along with the Batman comics of the (Jason Todd-killing) day, putting my anticipation level for the film at fever pitch. It seems quaint now, but the idea of a comic book up on the big screen was an amazing prospect to me as a little kid.

In retrospect, Burton may have been the first director to cause me to realize that such a job existed. Between Pee-wee's Big Adventure, Beetlejuice, and Batman, I'd become an ardent Burton fan, and from then on, I was aware enough of him to seek out movies he made, regardless of what they were about. Not long after, I checked out my first library book on film, a Steven Spielberg biography. Like many kids, I saw every movie Spielberg directed in the '80s and early '90s (E.T. was especially important for me) without even trying. Through reading in-depth about his work, I began piecing together in earnest how movies were made and who made them.

So, those are a few of my first "first"s growing up. Next time, I'll talk about how, by the time I reached junior high, a trifecta of lucky circumstances helped me fill in the gaps on movies—both classic and more recent—that I knew were "important": 99-cent Tuesdays at Mr. Movies; my mom teaching film classes; and my grandma having cable TV. Stay tuned for part two.
Posted by John G. Potter at 11:22 AM