The first music I can remember hearing 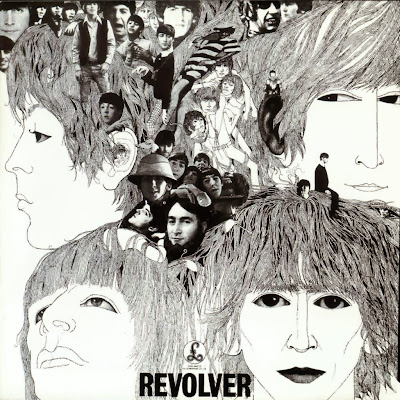 I'm confident that my parents played plenty of Sesame Street and Raffi albums for me as a toddler, but my first, strongest memory of a specific artist really making an impact remains a vivid one: I lay on the carpeted basement floor of my childhood home while my mom pulled the 12-inch vinyl of the Beatles' Revolver from its sleeve and placed it on the turntable. Revolver was one of her favorite records, and one of several in regular rotation as a soundtrack to lazy, mid-'80s summer days (adventures with the VTech Socrates and He-Man action figures abounded).

As Paul McCartney counted off the record's "One, two, three, four" intro, I began to pour over the album artwork, which, like much of Revolver (and the Yellow Submarine movie), I found alternately creepy and inviting. The upbeat jangle of "Taxman" lead into the haunting "Eleanor Rigby," whose refrain of "All the lonely people / Where do they all belong?" is disquieting to any listener. But as a small child, the line about "wearing a face that she keeps in a jar by the door" messed my stuff up especially.

My reaction at the time probably wasn't unlike most Beatles fans' upon the LP's release; Revolver neatly straddles the line between the pop leanings of the band's discography up to that point and the experimental, psychedelic freakouts that were to come. I can only imagine the average listener's response to album closer "Tomorrow Never Knows" in 1966. (Actually, thanks to one of Mad Men's best episode endings, I don't really have to imagine.)

Because of the indelible impression the album left on me at an early age, Revolver (usually) remains my most-loved Beatles album. (Harry Nilsson's The Point was another record in regular rotation in that era, and it, too, is still one of my favorites.)

So, what's the first music you can remember hearing?
Posted by John G. Potter at 4:56 PM