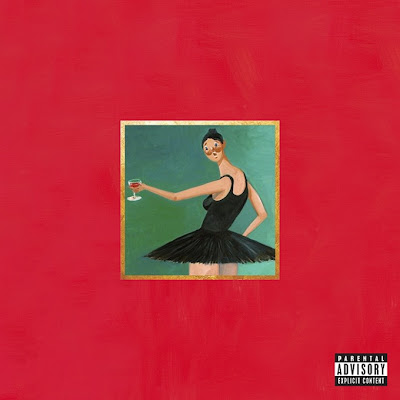 With the Grammys and Oscars having come and gone, now well on their way to being mercifully erased from our collective memory, it's time to wrap up 2010 for good. (Yeah, I'm late on a couple things...big whoop, wanna fight about it?) Without further ado, here's On Tape's favorite music of the year:

Best Albums
5.) Cloud Cult, Light Chasers
The orchestral-indie rockers' ninth LP may be slightly reduced in scope and variety than compared with previous projects, but it's also more focused and less frenzied. The results are a continuation of the group's substantial ability to craft perfect pop songs (hence, their number one ranking in the "Best Songs" list above).
.
4.) Sleigh Bells, Treats
One of those rare cases where a buzzed-about new band lives up to the hype. The Brookyln duo exploded onto the dance/noise rock scene after becoming the third act to sign onto M.I.A.'s N.E.E.T. label on the strength of their self-titled 2009 EP. Producer/guitarist Derek Miller (formerly of Poison the Well) and singer Alexis Krauss specialize in fuzzy beats that threaten to blow your speakers while retaining a feel-good pop sensibility.
.
3.) Vampire Weekend, Contra Another Brooklyn act whose five minutes of buzz began with the release of their self-titled 2008 LP, the indie-chamber rock quartet has managed to sustain the deserved attention with an assured album that sidesteps the sophomore slump entirely. The record builds on the group's breezy, Afropop-by-way-of-Paul-Simon energy established on their debut, while being unafraid to employ complex arrangements and song structure.
.
2.) Arcade Fire, The Suburbs
Fresh off an Album of the Year Grammy win upset, the Montreal collective is currently reaching what is, for them, an unprecedented audience. The band's third LP is a great introduction to the group for the masses: an initially, deceptively simple collection of genre-defying songs that confidently infuses their baroque rock with 80s synth-pop, punk, and country elements. As usual, the material veers from eerie to euphoric, this time focusing on the claustrophobia of adolescent suburbia. It's certainly the peppiest, catchiest meditation on the apocalypse this year.
.
1.) Kanye West, My Beautiful Dark Twisted Fantasy
The title of West's fifth LP says it all: hyperbolic, overblown, enticing, daring. A true pop icon, the producer/MC's ego and image constantly threaten to overshadow his work, only to somehow have his music continuously match the bluster and bombast. As with his last effort, 2008's 808s and Heartbreak, the record is conceptualized, first and foremost, as a piece of art; here, however, the project is less cold experiment and more vivacious celebration. Each track stands on its own, but works best as a cohesive experience, chronicling the World of Kanye through an innovative pop album that exists comfortably in the realm of hip hop, but is satisfied only when pushing the medium forward.

Honorable Mentions
Joanna Newsom, Have One on Me
Jónsi, Go
The Hold Steady, Heaven is Whenever
The New Pornographers, Together
Janelle Monae, The ArchAndroid
Reflection Eternal, Revolutions Per Minute
Big Boi, Sir Luscious Left Foot... The Son of Dusty Chico
The Roots, How I Got Over
John Legend & The Roots, Wake Up

What did I miss, friends? Let me know in the comments...

Up next: highlights from the many hours wasted last year at the cineplex.
Posted by John G. Potter at 2:10 PM