@Catfish is a #CompellingMovie. Thumbs up if you agree! 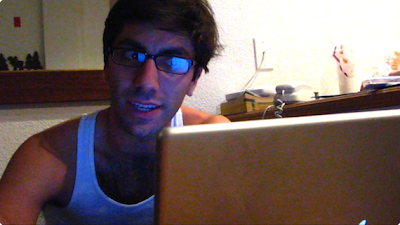 Warning: While spoilers have been avoided below, if you want to go into Catfish truly unspoiled (which may be in your best interest, as previously mentioned), the author would humbly recommend reading as little as possible about the movie beforehand.

It's difficult to discuss a movie like Catfish without first acknowledging the controversy surrounding its release and promotion...and while we won't delve too deeply into that here, it does seem contextually significant. Since its Sundance purchase, much has been made of the film's supposed "truth problem," and the is-it-or-isn't-it questions that have swirled around its status as a genuine documentary. This has been exacerbated by the filmmakers' insistence that the movie is "real," and by the studio's "Not based on a true story...just true" tagline.

What I'll say is that when I saw the trailer, I just assumed it was a "faux documentary" without thinking twice — and I can't help but think that the studio, with its clear Blair Witch influence, was intentionally vague in not making that distinction explicit. Of course, "real" and "true" are objective terms, and I took the tagline to mean, "There is truth to this film," rather than, "These events were not prefabricated."

I also knew that, after having seen the trailer, I didn't want to read or hear anything more about Catfish before watching it, so I saw the film oblivious to the growing fuss around its authenticity. I'm fairly certain that my mindset going in — that it was a given the movie wasn't a straight-ahead doc — made my viewing experience a more positive one than it would've otherwise been, had I known the filmmakers were defending it as "100 percent true."

I'll reveal my personal bias and say that it seems a little too coincidental that a film concerned entirely with what's real and what isn't just happened to get a lot of press about whether or not it was real; I don't believe that Catfish is a "real" documentary (whatever that actually means), but I also don't think that that at all takes away from it as a film. I can understand people being rankled by what appears to be a ruse, but frankly, those folks are taking the bait. Gimmicky or not, Catfish is an effective movie — namely, one about a group of friends...being rankled by what appears to be a ruse.

Co-directed with occasionally motion-sickness-inducing handheld camerawork by Henry Joost and Ariel Schulman, the pair choose to make Ariel's brother and roommate Nev the focus of a film project after Nev begins an interesting correspondence. A New York-based photographer, Nev receives a painting of one of his recently published photos in the mail from Abby, a young girl in Michigan, and subsequently exchanges emails with Abby's mother, Angela.

As their correspondence continues, Nev strikes up a long-distance friendship with Angela and Abby, as well as other family members, including Abby's older half-sister, Megan. Through phone conversations and various social media communication, Joost and Schulman document Nev and Megan's budding relationship. But as cracks start to form in the veneer of who Megan has presented herself to be, Nev plans a face-to-face confrontation with Megan and her family, culminating in a revealing trip to Michigan. What we eventually find there may not come as a shock, but where the story goes is certainly surprising.

The Schulmans and Joost are a likeable group of guys, and much of the footage feels like a genuine documentation of friends spending time and cracking jokes together. Catfish enages viewers by establishing this laid-back environment, then holds our interest by managing to build to a legitimately heart-pounding climax. By turns funny, creepy, suspenseful, awkward, exploitative, and sad, the film is certainly an emotional roller coaster.

It may be telling that many of the year's best movies were about the nature of reality as it's presented (Black Swan, Inception, Exit Through the Gift Shop, and Shutter Island, among others), or how social media can effect that reality (The Social Network). Nev Schulman, probably like much of his audience, is rarely without his iPhone, Facebook, YouTube, or Google Maps, and while a "Does the internet really connect us?" message would be easy, Catfish goes for something more substantive. It's about inter-connectedness, sure, but it's ultimately a touching film that explores relationships and portrayed personas, self-delusion and real friendship. And it does so truthfully. 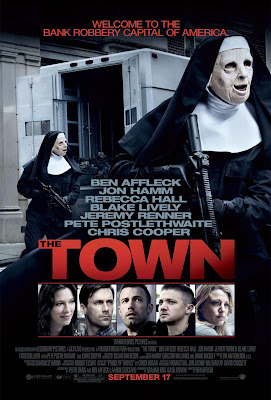 Adapted from Chuck Hogan’s novel, "Prince of Thieves," The Town explores the Boston crime world with the same gritty sensibility as Ben Affleck's debut, Gone Baby Gone. From its intense opening sequence on, the film again shows Affleck's deft directorial hand; this time around, though, the presentation is decidedly slicker. The action — perhaps buoyed by the director's increased confidence — is stepped up a notch, and while its car chases and heists are gripping, there's an undercurrent of significance and meaning sadly missing from the proceedings.

In addition to his directing and co-writing duties, Affleck stars as Charlestown crook-with-a-heart-of-gold Doug MacRay, who heads a crew of creepy-masked bank thieves, including hotheaded James Coughlin, (Jeremy Renner) Doug's childhood friend. While James remains fiercely loyal to their violent way of life, Doug angles for a way out — of robbery and of Charlestown — but not before One Last Big Job.

Affleck is likeable, but sometimes outshone by the strong cast he's assembled. (Renner, in particular, follows his Oscar nod with another commanding performance.) Each character is unmistakably a stock archetype, fleshed out as much as possible by engaging actors: Rebecca Hall as the love interest/bank manager (twist!); Jon Hamm as the smooth FBI agent on Doug's tail; Chris Cooper as Doug's wizened father, serving time for his own crimes.

Despite its by-the-books plot, the movie's still fun to watch unfold, and hits all the necessary notes with aplomb — even if that means heading toward a schmaltzy ending which wraps things up a little too neatly. Moment to moment, The Town is a well crafted and compelling thriller, but lacks the emotional resonance of the high standard Affleck previously set for himself. It'll be interesting to see what this clearly talented filmmaker chooses as a next step.

Another one bites the dust

Sad news today, friends: Paste magazine announced last week that its print edition was folding, while its website would continue on, in some capacity.

As former Paste Associate Editor Rachael Maddux recounted in a post for Salon, the magazine's lofty, arguably ambiguous goals (covering the positive aspects of music and movies in a generally snark-free tone; being interested in how faith interacts with pop culture without being limited by that interest; existing as a print publication, at all) sometimes made it a target for criticism from skeptics and haters of all stripes.
.
Just as many readers, however - even if they weren't paid subscribers, clearly - appreciated what they were going for, and it was comforting to know that Paste was out there, battling it out among the gaudier likes of the Rolling Stones and Spins of the racks.
R.I.P., Paste. You'll be missed.
Posted by John G. Potter at 2:25 PM No comments: