Cool, but I want that reunion now 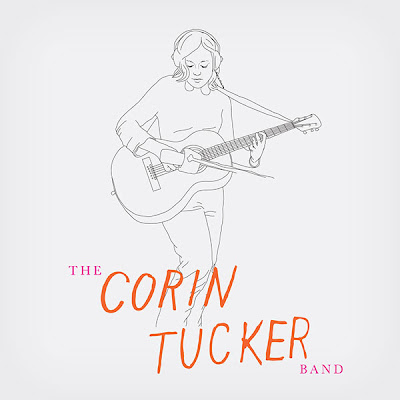 Good news for those still going through Sleater-Kinney withdrawl: Corin Tucker, former frontwoman of the defunct, lauded trio, is putting the finishing touches on her Corin Tucker Band (featuring Unwound drummer Sara Lund and the Golden Bears' Seth Lorinczi and Julianna Bright) debut LP, due out October 5. You can download first single "Doubt" over at Pitchfork.

The song leaves no "Doubt" (eh?) that Tucker's new album, 1,000 Years, will scratch the itch that fans of her old band have for similar material; the punky single features familiar dueling guitars and Tucker's signature vibrato over a classic rock sound that The Woods - S-K's last, fantastic record - saw the group moving toward.
Meanwhile, Tucker's former bandmate, Carrie Brownstein, provided the (similarly S-K reminiscent) score for upcoming documentary, !Women Art Revolution, which covers the history of the feminist art movement. Plus, it was just announced that Brownstein and SNL's Fred Armisen will co-write and co-star in Portlandia, a half hour, Lorne Michaels-produced series, for IFC. So, even if we don't get a Sleater-Kinney reunion within the next five years - as Brownstein mentioned last spring might happen - it shouldn't be difficult to check out its members' new work.
Tucker heads out for a mini-tour in October, while !Women Art Revolution opens at the Toronto Film Festival next month.