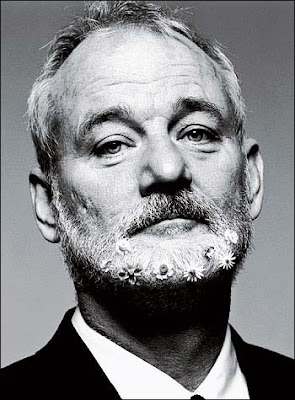 Bill Murray seldom gives interviews, so this Q&A by Dan Fierman (ostensibly in support of his quirky new vehicle Get Low, which looks great and opens Friday) for next month's GQ reveals a few interesting things about the iconic actor. Among them:

-He considers the movie Kung Fu Hustle "the the supreme achievement of the modern age in terms of comedy";

-He apparently did Garfield because he mistakenly thought it was written by the Coen Brothers;

-He has only seen one episode of Seinfeld (which he refers to as "what's-his-name, Larry David's show," and which he thought was "terrible");

...all of which is a little confusing, and kind of awesome, much like the man himself. In related news, Caddyshack just turned 30 (!).

I don't like Bill Murray; I hate to admit it, but it's true.

Blasphemy! Have you gone beyond "classic Bill Murray" fare to Lost in Translation/Rushmore/etc?