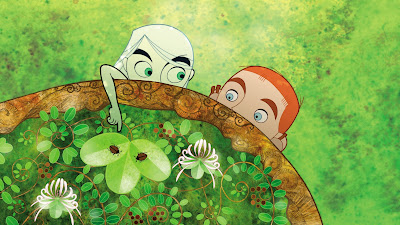 Irish hit The Secret of Kells, which chronicles the creation of the Book of Kells by Cetic monks - and which just ended a run at Chicago's Siskel Film Center - will be released on DVD and Blu-ray October 5.

The movie's breathtaking hand-drawn animation rightly garnered it a nomination for Best Animated Feature at this year's Oscars (Up ultimately took the win). Animation enthusiasts, and those who prefer their family films without pop culture sass-talk, should definitely check this one out.