This weekend in Chicago concerts 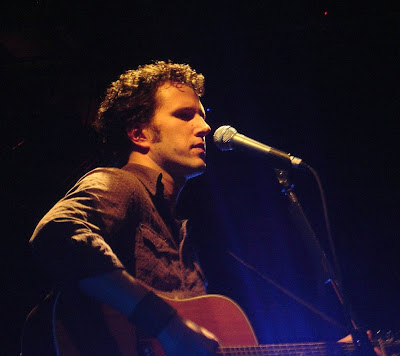 Minneapolis folk-rocker Mason Jennings played the first of two consecutive shows last night at Lincoln Hall, and while the backing band he brought along for his tour last fall was missed, he offered up a satisfyingly varied solo set of old and new songs.
Among them were some deep cuts like "The Fisherman" - a bonus track from 2008's In the Ever - and "Stormy Weather," originally titled "The Field," (not to be confused with the similarly titled track off of Blood of Man) which Jennings recently unearthed from a box of forgotten recordings. The singer-songwriter shared with the enthusiastic crowd that he may release the old songs in an album format later this year. 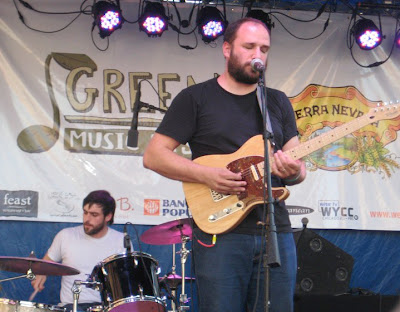 Meanwhile, the second annual Green Music Fest wrapped up tonight in West Town, with headliners David Bazan and Cloud Cult. Bazan - armed with a 3-piece band behind him - clearly aimed for a festival-ready set of loud, rock-driven tunes, eschewing his usual question-and-answer segments, as well as, oddly, most of his newest record. Curse Your Branches may be speculative (at one point, Bazan mentioned the strangeness of playing "navel-gazing songs" at an outdoor festival), but it's also his most accessible material.

The orchestral-indie stylings of Cloud Cult provided a similarly boisterous closing set, highlighting a few solid songs from their new record, Light Chasers, which won't hit shelves until September 17, but is now available online. Up next for Chicagoans: Pitchfork, Lolla, etc, etc.

The new songs by cloud cult were really good. looking forward to hearing more from the album