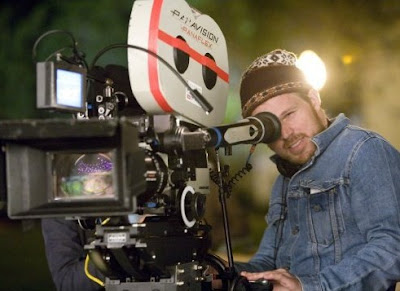 I could post something about the Grammys tonight, but let's be honest: there were no surprises, and no one cares. (Cheers to Beyonce's six awards, though, including a well deserved Song of the Year for "Single Ladies.")
Nope, I'd rather talk about Spider-Man. Days after Tobey Maguire and director Sam Raimi officially parted ways with the franchise, Sony and Columbia recently announced that (500) Days of Summer/music video director Marc Webb (pictured above) has signed on as helmer of the next Spider-Man entry, which would put the characters back in high school. James Vanderbilt, who penned David Fincher's brilliant Zodiac, is reportedly serving as screenwriter.
My reaction's a bit mixed on this one: Raimi's first two Spidey pics are among the handful of best comic book films ever made, while Spider-Man 3 was roundly criticized as a bloated, schmaltzy, train wreck of a movie. Reports that the Spider-Man 4 script was stalled due to Raimi's desire to avoid another SM3 left me heartened; if he could pull it off so well earlier, surely he could do it again?
On the other hand, you've got to commend Sony for deciding to go with a new approach. Peter Parker was always a teenage character, his conflicts stemming from the difficulties of adolescence; with the Spider-Man cast pushing their mid-thirties, perhaps it was time to let that particular narrative come to an end. I'm also impressed with the studio taking a risk, much like they did by originally hiring Raimi, in bringing on relative newcomers with invigorating, edgy styles.
The great thing about comic book movies is that series reboots are perfectly normal in the world of comics - it's always fun to see a different artist's perspective on a character. Who knows how the thing'll turn out (the latest rumors - and I emphasize rumors - have Zac Efron attached as Spidey), but for now, I'm cautiously optimistic.
Oh, and speaking of James Cameron, the Toronto Star has an interesting look at what might have been, had the King of the World ended up making a Spider-Man movie, as he was planning to do in the early '90s. Weird.

On Tape is on Team Conan 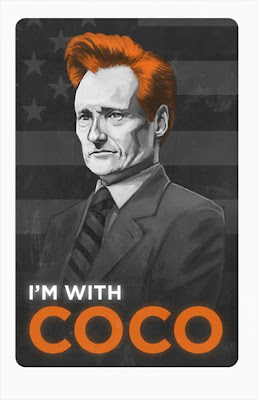 Even if he weren't getting screwed by NBC, we'd still be standing tall behind Conan, general friend to comedy and music. Jay Leno, you're dead to us. 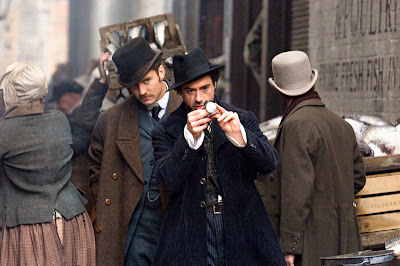 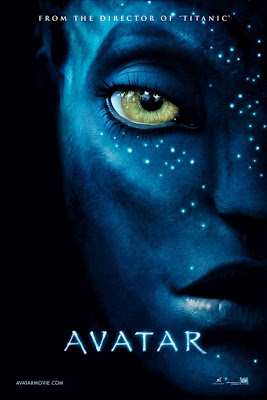 At this point, if you haven't seen Avatar, you're in the minority. James Cameron's ultrablockbuster is less a film than a cultural event, and it's well on its way to becoming the most successful movie of all time - besting only Titanic, the director's previous feature. And yes, everything you've heard about it is true: the dialogue is clunky, the exposition is clumsy, the cast of archetype characters is less than nuanced...and yet, none of that really matters. The experience of Avatar is truly like nothing you've seen before, and it manages to be the game-changer that insiders had been hailing it as for years.

I remained skeptical in the months leading up to its release, and the film's trailers did little to dissuade my wariness. "Cat-people and dragons? 'You're not in Kansas anymore?' This thing seems like a video game commercial," I thought. "I guess it'll look better in IMAX 3D." I was certainly right about that, but I wasn't anticipating that not only would Avatar's computer-generated world appear photorealistic on the big screen, it would use that framework to fully immerse its audience in the expansive world Cameron dreamed up.

Like Star Wars (or other Cameron films, for that matter), Avatar may not be Hollywood's most original story, but it uses the power of filmmaking to transport viewers into an exciting ride of a movie, where there's rarely a dull moment, and it's impossible to take your eyes off the action. Throughout his career, Cameron has routinely utilized technological advances to push the boundaries of where movies are able to go, but it's his ability to wed those techniques with his emotionally engaging film worlds that makes him truly unique.

The picture has rightly been called a Dances with Wolves-cum-Pocahontas knockoff, but while that story arc is old hat, the experience of Avatar is something entirely new. By the time you leave the intricately realized world of the film, then step out of the theater and back into real life, you just might feel like you've actually visited someplace you've never been. It's the rare movie that allows one to realize just what cinema is capable of doing.