"Other than that, Mrs. Lincoln, how was the biopic?" 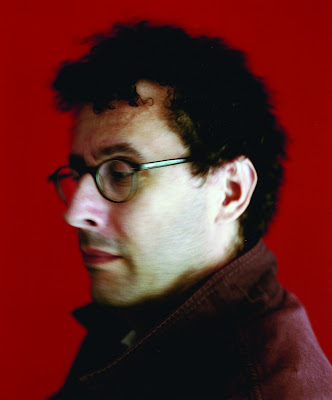 The Tribune has a fascinating, albeit brief, interview with the celebrated Angels in America and Munich scribe/controversy magnet, Tony Kushner, who comes off surprisingly restrained. No doubt the influence of Lincoln - about whom Kushner just finished a screenplay, reuniting him with director Steven Spielberg - has had something to do with Kushner's seemingly newfound pragmatism.
Famous for his unabashed liberalism, Kushner, due to receive the Tribune's Literary Prize at this weekend's Chicago Humanities Festival (a great lineup this year), has some none-too-kind words for the far left in the article. I actually think Munich is one of Spielberg's best, and I appreciated its ideological ambiguity, so, I'm looking very forward to Lincoln.
Incidentally, Kushner's partner, Mark Harris, wrote a great book last year, Pictures at a Revolution, about the ways in which American filmmaking changed in the '60s.