LollapaNEWSa (...see what I did there?) 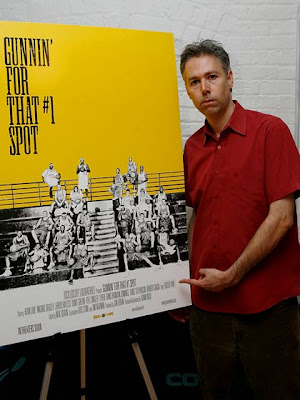 When this year's Lollapalooza lineup was announced, I told myself that, should Saturday - the day that Beastie Boys play - also offer a few other acts I'd want to catch, I'd go ahead and fork over the exorbitant day-pass fee. Turned out the date would also include Animal Collective, Atmosphere, TV on the Radio, Santigold (formerly Santogold), Ben Harper, and Tool, so I was in. The Beasties have been favorites of mine since the Check Your Head poster hung on my bedroom wall, and since this fall's Hot Sauce Committee, Pt. 1 will be their first proper LP in five years, I was pumped.
Then, the bomb was dropped Monday that Adam Yauch - aka MCA, aka Nathaniel Hornblower - was recently diagnosed with a cancerous neck tumor, and the Boys would subsequently be canceling all of their summer shows and postponing Hot Sauce's release. The good news is that, according to Yauch, the condition is "very treatable, in most cases," and patients generally remain free of cancer, post-surgery. The other (more selfish) good news is that, if and when the dudes tour later, they'll be more likely to play headlining shows, rather than festivals.
No sooner did Yauch's announcement hit the wire than speculation began to brew about who would replace them at Lolla. Two days later? Cue the excitement...Beastie Boys' slot will be filled by none other than the Yeah Yeah Yeahs, who I'd originally complained about not playing the fest, as was rumored. Sure, Radiohead or Kanye would've been nice, but I'll certainly take two YYYs shows in three months. Color me stoked.
We're pullin' for you, MCA...