For reals, this time 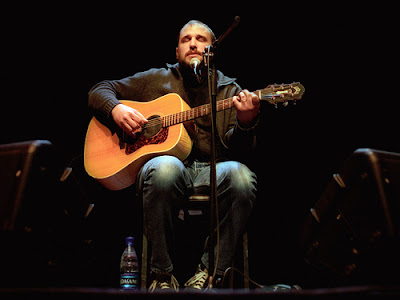 You heard it here first...er, second: David Bazan's debut LP, Curse Your Branches, is due to hit shelves August 25.

If the dude himself reports it on a fan message board, it's gotta be true.

You're gonna get some hop-ons 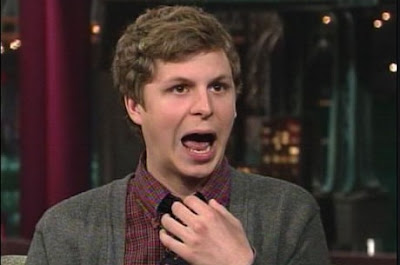 A.V. Club reports that Michael "Mr. I'm-Better-Than-The-Rest-Of-You-But-Aren't-I-Endearing-Anyway?" Cera (or is that Mr. Manager?), the only cast holdout for the likely-impending Arrested Development movie, has signed on.

This, combined with Ron Howard's recent declaration that script-writing and meetings are happening, is good news, indeed, for Hop-Ons (the unofficial name for AD junkies).

As with the Globes, no big surprises tonight. Unless you count Sean Penn's (who, as expected, used his speech to shame those who supported Prop 8) "upset" over Mickey Rourke - which really isn't much of an upset, given the Academy's penchant for biopic performances.
Supporting Actor, of course, went to Heath Ledger, whose family accepted on his behalf in a moving tribute, and Kate Winslet took home a deserved Best Actress statue (her first). Milk got Original Screenplay, Penelope Cruz won Supporting Actress, and while it probably should've taken Best Picture, Wall-E got the consolation prize of Best Animated Feature.
Also anticipated was Slumdog Millionaire's sweep, including Best Picture, Director (Danny Boyle), Adapted Screenplay, Cinematography, Editing, Score, Song, and Sound Mixing. Pretty impressive for a film originally headed straight to DVD.
Hugh Jackman proved an affable host for the newly youthed-up show (which included a hilarious, Judd Apatow-helmed clip of Seth Rogen and James Franco's Pineapple Express characters reviewing nominated films), though his song-and-dance tribute to musicals, directed by Baz Luhrmann and featuring Beyonce and High School Musical stars, was about as painful as it sounds.
John Legend was an exceptional stand-in for Peter Gabriel, who refused to perform his "Down to Earth" (from Wall-E) as part of a Best Song medley. Instead, Legend shared the stage with the Soweto Gospel Choir - as well as drummers, dancers, and Slumdog composer/back-to-back winner AR Rahman - for what turned out to be the ceremony's standout segment. Jai Ho, y'alls!

My inner 7-year-old thanks you

I knew there was a reason I liked the official Watchmen poster... 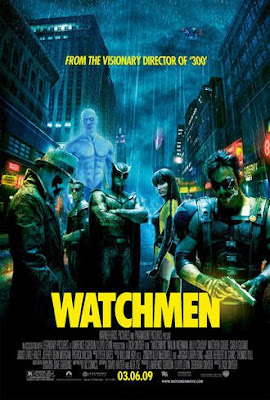 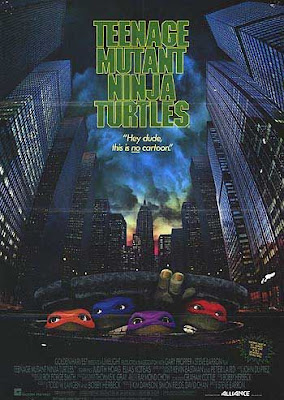 Trying to give this struggling band some publicity 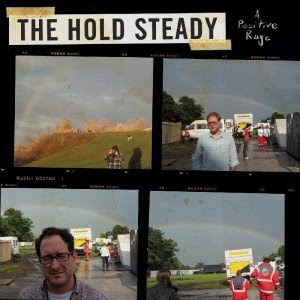 Barroom heroes The Hold Steady will release A Positive Rage, a new documentary about their Boys and Girls in America world tour, on DVD April 7.

Rage will also feature a second, audio disc of the band's Halloween '07 show at the Metro, along with five studio tracks - three of which appeared as bonus songs on a limited release of last summer's Stay Positive, and two of which ("Spectres" and "40 Bucks") have previously been locked up in the Hold Steady vault.

Craig Finn & Co. are, of course, currently on tour stateside - including a stop at the Festival of Faith & Music, along with David Bazan, Over the Rhine, and Lupe Fiasco - until May, when they'll head to the UK with Counting Crows (!).

The ultimate in nerd bragging rights 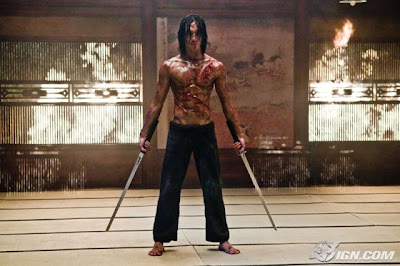 After wowing Comic-Con attendees last summer with early footage, Ninja Assassin, the latest from the Wachowski Bros., finally has an official release date of June 1.

Unremarkable news, except for my vested interest in the project: the Wachowskis' new, state of the art postproduction studio happens to be down the street from my house. Given the pair's track record to date (Matrix, V for Vendetta, Speed Racer), one can only imagine the visual effects bonanza being cooked up behind closed doors in our unassuming neighborhood...