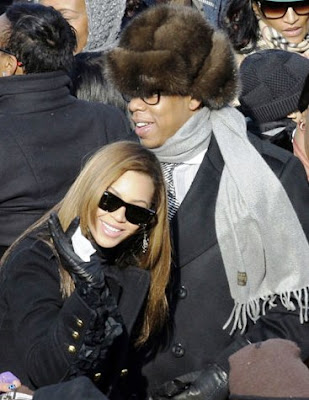 Think Hova's incognito, or is he hopping aboard Kanye's nerd chic train? Maybe 'Ye can convince President Obama (doesn't that feel good?) to get a beard going at MTV's Youth Inaugural Ball tonight...
Posted by John G. Potter at 1:45 PM

I'll keep that in mind.