In celebration, the October poll's clear winner (here's hoping for landslide results like this on Tuesday) - the Best Halloween Song of All Time:
More Videos
Still as awesome as ever. Happy Halloween! 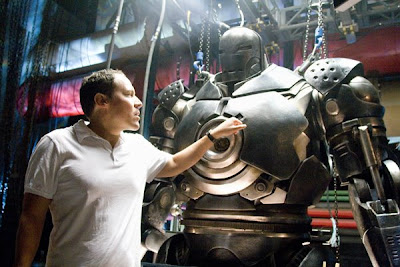 Ain't It Cool has a long, fascinating (for fanboys, anyway) interview with Jon Favreau, further confirming the Iron Man helmer's solidness.
Among the highlights: employing a Pixar approach on the Iron Man sequel (CGI serves the story, not the other way around); acknowledging that, while being grounded in reality is important, a strong sense of fun in comics movies is also necessary (you may recall that as my criticism of Dark Knight); the hit-or-miss potential of an Avengers movie; and collaborating with Samurai Jack creator Genndy Tartakovsky on IM2's storyboarding and animation process. Sweet...

Minnesotan live hip-hoppers Heiruspecs, whose new LP is due in December, just dropped the video for first single, "Get Up." In it, MC Felix (backed by his Secret Service/bandmates) appears as a record-shopping, house party-performing Obama:

Two Bush terms, and this is the hardest they can rock? 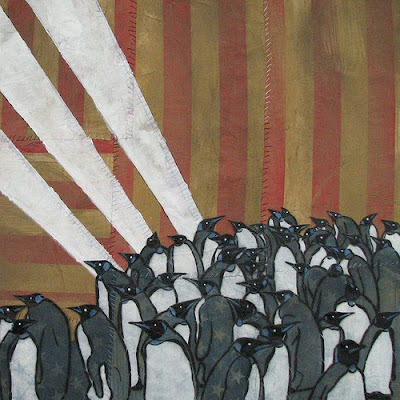 In punk rock, six years is an eternity, and since it's been that long since Dillinger Four's last release, one might expect Civil War, the Midwestern stalwarts' fourth LP, to be a little more interesting.

While the record retains D4's signature hard-hitting energy, its overly poppy production sheen (the band's newfound affection for slick vocal harmonies is evident from opener, "A Jingle for the Product" forward) takes away from much of the intended anthemic impact - distorted basslines notwithstanding.
.
The group's strength has always been in their ability to straddle hardcore and pop-punk, with their best work maintaining a solid balance by pulling elements from both. Civil War relies perhaps too heavily on frontman Erik Funk's pop-leaning songwriting, which - combined with the new production bent - comes off a litte tired. The record would benefit from more of the rawness of bassist/co-singer Paddy Costello's songs (whose vocals sound like they've been auto-tuned here), which he lets show on standout "parishiltonisametaphor."
.
D4 successfully stretched themselves on 2002's Situationist Comedy with new arrangements and production, but that experimentation was achieved by building on their signature sound. Here, they seem to be exploring new territory, but in kind of a lazy way, largely turning out a generic sound. That said, it's still more exciting than most any other pop-punk today, and it's great to hear any new material from these dudes after a long wait.
.
Grade: B-
.

Comic book to be turned into film 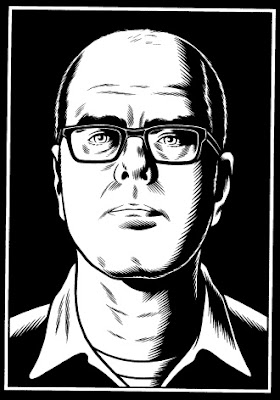 Now, here's a nice way of tying two previous, consecutive posts together: turns out Fear(s) of the Dark co-director Charles Burns's work will see a feature length adaptation, reports Splash Page - in the form of a Black Hole movie, scripted (at one point, at least) by Neil Gaiman and Roger Avary.
Word is that the pair got less involved once David "When I'm On, I'm Awesome - When I'm Not, I'm Not Great" Fincher came on board to direct. Which, most likely, also means it's live action, not animation. Huh. Should be interesting...

Party for your right to fight 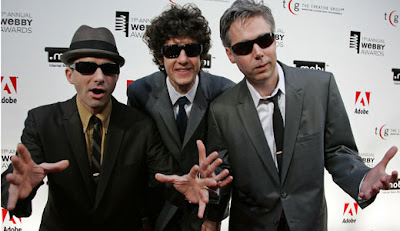 Pitchfork reports: while Beastie Boys may not have a record or real tour coming anytime soon (their last proper LP was in 2004, so we're probably still looking at a couple years), they're keeping busy.
First up is the "Get Out and Vote" mini-tour of swing states with Santogold and Ben Harper, among others, then Adam Yauch (aka MCA, aka Nathaniel Hornblower) promotes both the just-opening student council election chronicle Frontrunners - which he produced - and the DVD release of his streetball doc Gunnin' for That #1 Spot.
UPDATE: Apparently, we're actually looking at next year for a new, non-instrumental Beastie Boys release. Sweet.

Can he help on the Dark Knight sequel, too?

Speaking of Coraline, its creator (and author/Beowulf co-writer/all-around cool guy), Neil Gaiman, just announced he's writing a two-part Batman story, Whatever Happened to the Caped Crusader, to be tentatively released in spring.

Here's a little something to tide you Edward Gorey-philes over until your annual Nightmare Before Christmas viewing (or, for that matter, until Coraline comes out in February): Fear(s) of the Dark, - which played Fantastic Fest last month, and plays the Chicago International Film Fest this weekend - opens wide next week.

Giving that other black-and-white, animated, French film a run for its money, Fear(s), a collaboration between a half-dozen renowned comic and graphic artists (among them, Charles Burns, whose work I've always felt could make a very cool transition into feature animation), weaves together several creepy stories into what Guillermo del Toro describes as a "thrilling, disturbing, and haunting" film. If that dude's endorsement doesn't qualify as a seal of scariness approval, I don't know what will... 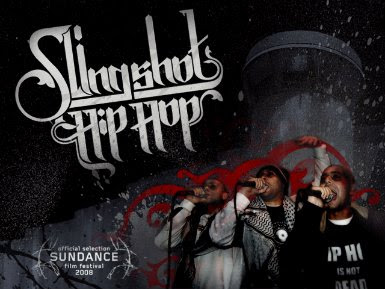 Tonight, Chicago's North Park University hosts a screening of Slingshot Hip Hop, a doc - which bowed at this year's Sundance - about the evolution of Palestinian rap, closely following DAM ("Palestine's first hip hop group"), among others. Director Jackie Reem Salloum will be on hand for a discussion following the film. 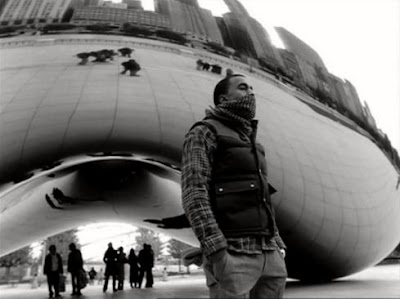 ...for the lack of posts lately, but you can blame it on my move to the land of Kanye, Anathallo, Smashing Pumpkins, Jeff Tweedy, The Cool Kids, Lupe Fiasco - and sadly, R. Kelly, among others (Barack Obama, for example).

That's right kids, I'm back in Chi City; one could call it a homecoming. You can soon expect a lot more of the On Tape-y goodness you've come to love.