This poster has three dimensions 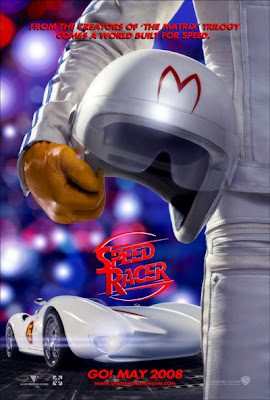 I encourage you to go over to Rotten Tomatoes and check out their display of the new, 3D Speed Racer poster (mouse over the image and click-drag). This movie initially seemed a little too insane for me to generate much excitement...but I'm definitely intrigued.

I promise, this is not from The Onion 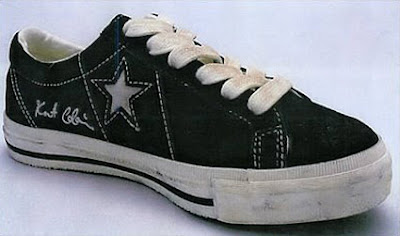 For those who haven't yet heard the depressing news, WaPo has a Style section front page story on Converse's new One Star Kurt Cobain shoes. The Chucks will include Cobain's "signature and scribbled excerpts from his journals," including passages such as, "Punk rock means freedom."

Hey, Courtney knows best, people. What are you, suggesting that he would somehow be unhappy with this unique marketing opportunity? Get yours for $65 today! 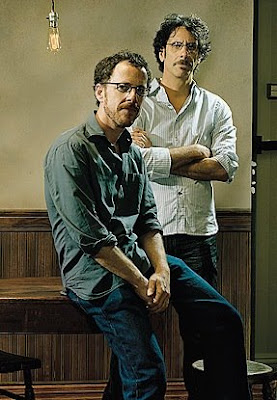 Given its subject matter and DC location shoot last fall, Burn After Reading, the Coen Brothers' CIA-centered follow-up to the grizzly No Country, may initially seem like another taut thriller. Apparently, it's quite the opposite. Burn, which stars George Clooney, Brad Pitt, John Malkovich, and freshly minted Oscar winner Tilda Swinton, will be more Dude Lebowski than Anton Chigurh. No complaints here...

Another point of interest: Burn will be the first film since Miller's Crossing (1990) for the Coens to use a cinematographer other than themselves. It will be shot by Children of Men's brilliant Emmanuel Lubezki. 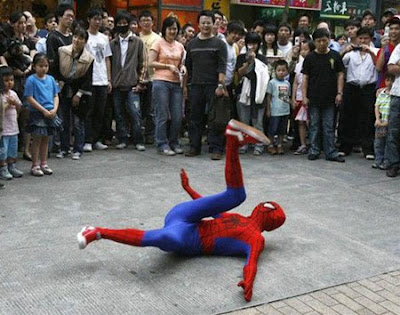 By now, it's old news that director Julie Taymor (Across the Universe, Broadway's Lion King) has had a Spider-Man stage musical, with songs by U2, in the works. But, as Cinematical tells us, things might be further along than expected, with Jim Sturgess (of the omnipresently-marketed 21) and his Universe co-star (and, creepily, Marilyn Manson girlfriend) Evan Rachel Wood possibly starring as Peter Parker and Mary Jane.

The whole thing sounds pretty crazy...maybe just crazy enough to work. Hey, it can't be any sillier than Spider-Man 3, can it?

Do you know your top five favorite songs? After some ongoing, careful deliberation, I feel fairly confident about the list I've come up with:
5.) Sigur Ros, "Staralfur"
4.) Pixies, "Where Is My Mind?"
3.) Queen, "Bohemian Rhapsody"
2.) The Clash, "London Calling"
1.) Jeff Buckley, "Hallelujah"
Like Rob's "autobiographical" record sorting in High Fidelity, it's a pretty comforting experience. So, what're yours? 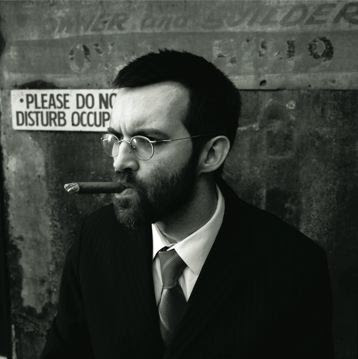 Any hard feelings over President Bush's 2000 campaign issuance of a press release on the "obscene" nature of the Eels record, Daisies of the Galaxy, have apparently subsided...at least, on Eels frontman Mark "E" Everett's end.

In the spirit of reconciliation, E invited the president in an open letter to the band's show at Sixth & I Historic Synagogue in DC later this month. Who knows? Maybe The Decider will make a guest appearance...we already know he has sick bongo skills.

In addition to E's just-published memoir, Things the Grandchildren Should Know, Eels have a new best-of collection, and will tour throughout spring. 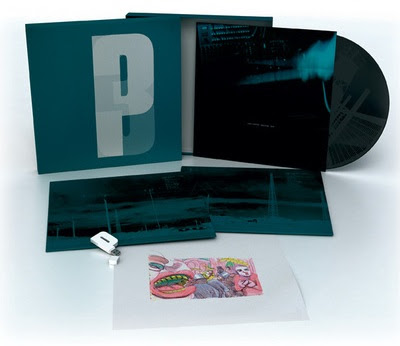 ...those were the days. And thanks to Portishead's new, first-in-over-10-years album, Third, we can soon relive them! (Specifically, on April 29.)

The band dropped Third's first single, "Machine Gun," today, via their website, where it can be downloaded. Bjorkish in its industrial beats, the track is still unmistakably Portishead. "The Rip," another Third jam, shows a similar predilection for synthy sounds, possibly suggesting that the new record will be a fairly different experience than either Dummy or Portishead.

In conclusion, I'm pumped! Here's hoping their tour schedule expands well beyond its current dates, limited to Europe, as of now.

I have it all here in red, blue, green 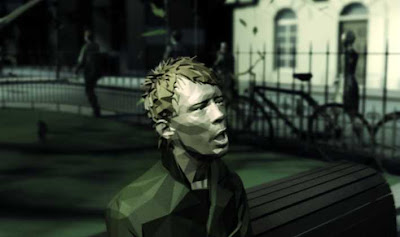 As if In Rainbows's DIY distribution methods weren't already cool enough, Radiohead has another for you: make their latest video and get $10,000 in return.

The band will judge finalists of the aniBOOM/Adult Swim contest, to which you can submit an animated video (or storyboard) for any song off of Radiohead's latest album, and potentially win a prize. Any ideas? I think "Videotape," in particular, has a pretty cinematic quality... 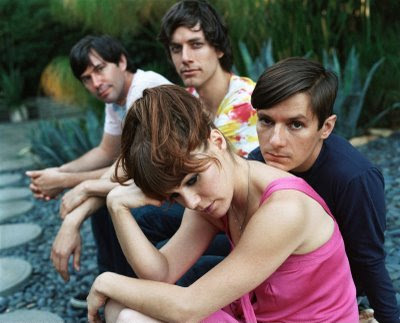 When Rilo Kiley frontwoman Jenny Lewis embarked on her 2006 solo tour, I picked up tickets, but told people, "I wish it were Rilo Kiley touring." After seeing her play the 9:30 Club (listen to the show) with the Watson Twins - who, incidentally, just signed with Vanguard and played SXSW - I changed my tune. The country/gospel of Rabbit Fur Coat had grown on me big time.

By the time the band did get around to touring a year later (listen to the show), I found myself wishing it were another Lewis solo show, and, initially underwhelmed by Under the Blacklight, decided to pass. Since then, thankfully, that record has grown on me, too - and Rilo Kiley is touring again.

Blacklight isn't the great album Lewis's solo effort is, nor is it as solid as the band's More Adventurous (2004); it is, ironically, more adventurous. The record is sleeker, synthier, and more poppy than any of the group's previous, indie-twang material, and that's ok. Rilo Kiley's melodies are strong as ever, and this time, I won't be missing out.

In case you didn't think Judd Apatow had taken over everything 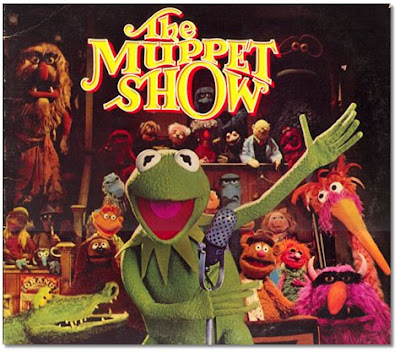 Who couldn't use more Muppets in their life? Variety had some strange news about Judd Apatow alum and writer/star of the new Forgetting Sarah Marshall, Jason Segel (Freaks and Geeks, Knocked Up), being tapped to write a new Muppet movie, to be directed by Marshall helmer Nick Stoller.

Assuming it would move Kermit & Co. into new territory while staying true to the Jim Henson tone, I could get on board with this. The series could certainly use a reinvigoration (Muppet Treasure Island, anyone?), and the move is a risk, which is kind of what they were all about in the days of The Muppet Show and The Muppet Movie...

UPDATE: Segel on his vision for the movie. 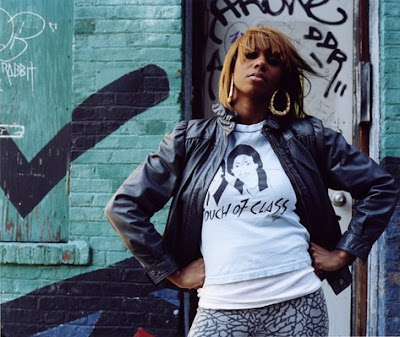 It's no surprise that the most buzzed-about acts at South by Southwest are still very much born out of the Brooklyn dance-rock scene. But if those who "emerged" most prominently from last year's festival were Amy Winehouse, Peter Bjorn and John, Cold War Kids, and Lily Allen, it's a safe bet that it won't be long before MC Santogold - subject of much SXSW '08 buzz - breaks out.

While she indeed hails from Brooklyn and employs danceable beats, Santogold's songs exist in a decidedly different realm than many of her festival peers. Obviously indebted to the production and delivery of tourmate M.I.A. - she also opened for Bjork - Santogold veers comfortably from electropop (as on her first single, L.E.S. Artistes) to dancehall grime (as on Creator, in which her M.I.A. influence is especially pronounced), having both fronted a punk band and written for R&B artists.

Santogold's debut LP is out this spring on Lizard King Records, home to another act who know something about buzz, the Killers. 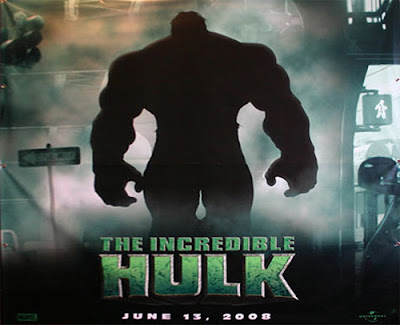 So, the trailer for this summer's Incredible Hulk showed up online tonight. Anyone else feel it merits a resounding "Meh"?
I fall in the small camp of those who actually liked Ang Lee's flawed, angsty Hulk - if nothing else, it was interesting. But I was also all for a series reboot that strove to meet more traditional fanboy expectations (ie "Hulk smash!"). Marvel promised more action, better CGI, and a cast of Edward Norton, Tim Roth, William Hurt, and Tim Blake Nelson - where could it go wrong?
Unfortunately - to me, at least - at this point, it doesn't look like much more than the rest of director Louis Leterrier's slick, actiony stuff. Which is fine, if that's what you're going for, but the response to an overly cerebral comic book movie doesn't have to be a brainless "sequel," does it? Of course, its release is months away, and I could be way off. Prove me wrong, Norton! 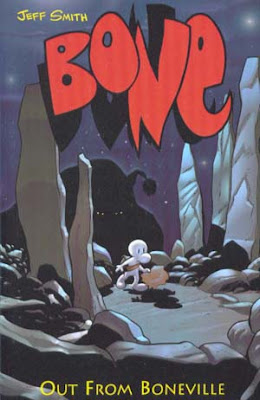 Some encouraging news about Warner Bros.' pending big screen adaptation of Jeff Smith's great comic, Bone: it appears we can trust that Smith's input will be an important part of the process, and that he, of course, wants to see it done right.

This is the second trip around the screen-adaptation block for Bone...Nickelodeon was developing an animated version for a time, but the project fell apart over disagreements regarding the project's focus (in the article's words, "Smith was displeased that the studio was aiming it for kids and wanted the film to include pop songs"). 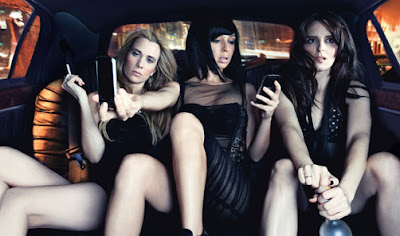 While Times critic Alessandra Stanley describes God is Not Great author Christopher Hitchens as "polymorphously polemic" in this month's Vanity Fair, a more apt description might be "gigantic jackass." In response to Hitchens's "Why Women Aren't Funny" in VF last year, Stanley has this month's compelling cover story, "Who Says Women Aren't Funny?" on women in comedy.

In celebration of (at least) 7 more weeks...

They do Ellen Page and Michael Cera proud: 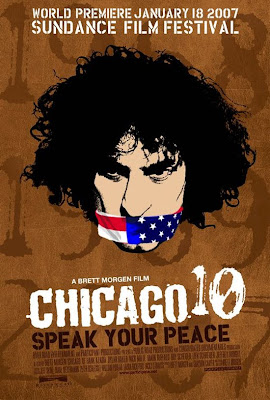 Following its Sundance opening last month, the sorta-documentary Chicago 10 went into limited relase last week.
Featuring a mix of archival footage and motion capture animation - looking like something between Grand Theft Auto and A Scanner Darkly - and a top-notch vocal cast (Hank Azaria, Mark Ruffalo, Jeffrey Wright, Liev Schreiber, among others), Chicago 10 tells the story of 1968's Democratic Convention riots and the sensational trial against activist Abbie Hoffman and others which followed. Sure sounds like a cool idea.
Even better, the events will also be recounted in The Trial of the Chiacgo 7, likely directed by Steven Spielberg from a script by Aaron Sorkin, with Sacha Baron Cohen, Will Smith, Philip Seymour Hoffman, and Kevin Spacey rumored to be attached. As a West Wing-loving fan of the darker, more political Spielberg, that sure sounds like a homerun.
Watch the trailer for Chicago 10 here.

Will it suck there, too? 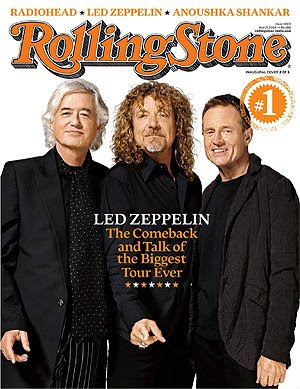 NPR has a brief story on India's edition of Rolling Stone, the first issue of which hit stands last week. Unsurprisingly, Zep is universal...

If there's only one store in your town that sells 12" 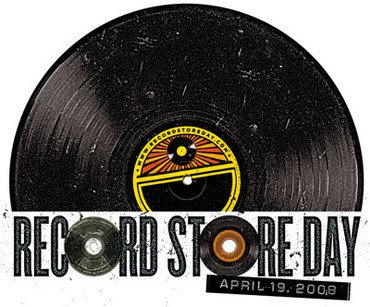 ...you can thank them on April 19, Record Store Day, which your local independent music store should, theoretically, be participating in on some level (this may include goodie bags, in-store appearances, sales, etc).
Can't name a non-big box or mall-located shop in your area? Perhaps you can find a handy guide online, as Washingtonians can with DCist's sweet DC Indie Record Store feature.