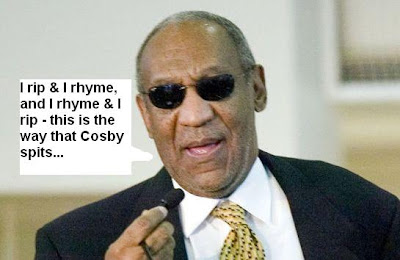 Look, Cliff Huxtable (along with Mr. Rogers) served as a kind of surrogate TV father for me, as he did for many products of the '80s. But sir, I must protest...Paste reports that the beloved comedian - who once helmed one of the most important television shows of all time, and now, mostly gets continually accused of sexual assault and wages class war on the black poor - has a hip hop album, State of Emergency, in the works.

Hey, maybe he'll get Polow da Don to cook up some hot beats, and it'll turn out that the Cos has sick mic skills. Or maybe it'll be a spoken word style event...which actually might not be terrible. But this doesn't bode well. Still, chances are, Emergency's "concious" (i.e. lecturing) rhymes probably won't sound like this.