The "On Tape" Opinion Page 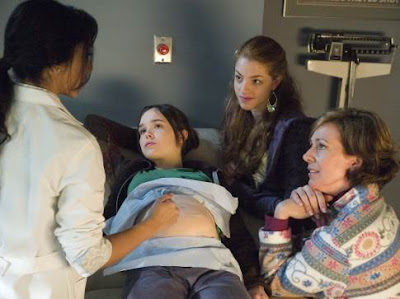 This isn't a political blog, but if you've checked it out, you've probably noticed politics ocassionally creeping in...I'm a Washingtonian, I can't help it. You may have also picked up on my generally left leanings...again, Washingtonian (the kind that actually lives in the District) - can't be hepled. Imagine my surprise, then, when I found myself agreeing with the sentiments of Mr. Homosexuals-Are-Deviants himself, former Sen. Rick Santorum, in a Philadelphia Inquirer op-ed of his.

Santorum, now a senior fellow at the Ethics and Public Policy Institute in DC, addressed his belief that the newest generation of filmmakers, products of Baby Boomers, are creating work that can counter, or at least show the negative consequences of, the "free love" ideology closely associated with their parents' generation, and the attitude of relative ambivalence toward divorce and abortion it helped to create.

Now, I have little interest in e-debating the merits of culture war arguments, and I hardly think, as Santorum suggests, that movies like Juno, Knocked Up, and Waitress signify that the "recognition of life in the womb is going mainstream." (Is that not already a "mainstream" understanding?) But, as a product of divorce who has always at least struggled with abortion, those and other films by young filmmakers with similar messages have resinated with me for their positive themes.

hope that this opinion page pops up here and there. but then again, what do you art forms like music and film have to do with politics?