The new Radiohead album. In a week. For free (if you want). 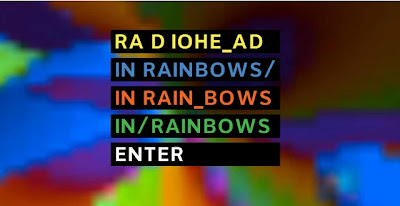 After leaving a series of cryptic messages (as they are wont to do), Radiohead has revealed some very big news, indeed.

Their new record, In Rainbows, will be released to the public on October 10. Before you even finish freaking out about the fact that that's, like, in a couple days, there's also this: it will inititally be available exclusively via download from their site - for a price you set.